Wreck-It Grillo... What does Eni have to say? 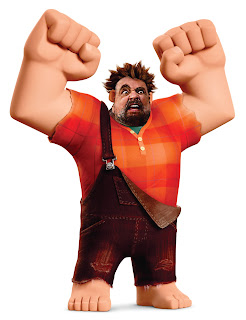 
“I am here to talk about something that nobody can deny any longer: For many years now, ENI has created a corrupting system with world-wide reach. This criminal activity is supported in three ways:

It’s true corruption activity. It’s thus natural to call to mind the criminal investigations. The system of international corruption created by ENI outwith the borders of Italy, and especially in the African continent, is now in full view of everyone, even the magistrates. ENI is accused of offering bribes in these two situations:
- in Algeria to win a contract for the construction of gas pipelines (and here we’re talking of kickbacks amounting to 200 million with contracts worth 8 billion);
- in Nigeria for the ten-year concession to search for oil off the Nigerian coast (and the magistrates are talking about 215 millions in kickbacks where the concessions are valued at 1.9 billion).
A system of corruption that feeds off the connivance of most of the top managers in the company, as I’ll discuss. With a mixture of a complex system of blackmailing (the threat of losing one’s job) and the abuse of power exercised by the managers in relation to the employees, a system of collusion has been kept in existence, a system that has its roots deeply established in the company, a system that is not visible to ordinary citizens, in spite of the fact that Saipem, at least formally, is a subsidiary of a company that is still in public hands.

In fact, for years, ENI has been building the foreign policy of the right-wing, left-wing and centre governments, on the system of international corruption. That is also true for this current government, but I wouldn’t know how to classify it. The Government is the majority shareholder in ENI with 30% of its shares. It owns these via the Ministry of Economics and Finance, and the Italian bank called “ Cassa Depositi e Prestiti”. However it pretends not to know what’s happening under its very nose.
The support given by the government to these criminal practices is evident if one looks at the people who are appointed to the senior management positions in ENI and in its subsidiaries. All these people have political experience and many are known to the prosecutors. The latest is the appointment of the new managing director of ENI chosen by Renzi: Claudio Descalzi. When he was Deputy Director General of ENI, this same Descalzi was involved in the long-running investigation into what happened in Kazakhstan as well as in another investigation into what happened in Nigeria, And just think that it would be enough to insert an appropriate clause into the statutes of any company having State participation and quoted on the Stock Exchange. The clause should set out a requirement for being honourable and it should specify in what conditions someone is not eligible for office or is obliged to step down if holding office. This clause should relate to anyone who is a member of the Board of Directors. This is what the M5S has asked for in parliament on a number of occasions. But the Government prefers to pretend to fight corruption and to rip the heart out of the public companies so that it can then sell them off to private companies and especially to foreign companies. It’ll get there very shortly.

Third: AFRICAN COUNTRIES
...
And Italy is losing services, products, wealth and employment! The time has come for ENI, and I came here to tell everyone, including the small shareholders, what has become of this company that was founded by Enrico Mattei.
...

In the next few days, the M5S will call for a Parliamentary commission of enquiry about ENI".


What does Eni have to say? Deceits, lies and hypocrisies! 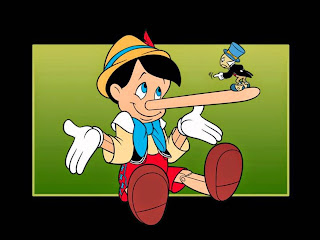 The speech of  Mr. Beppe Grillo is in full (only in Italian). Acess here.
Posted by Eni's Way at 3:32 AM