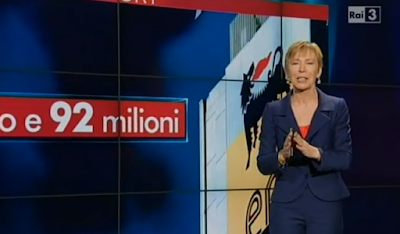 Just like your predecessors in the cockpit of the Italian oil giant, Mr. Vittorio Mincato (2001-2005) and Mr. Paolo Scaroni (2005-2014), you have neglected the primary obligation of a CEO: being the "Guardian of Ethics", inside and outside the company walls, fulfilling - and demanding it - the words and spirit of the Code of Ethics.

You know that I am a "whistleblower" that still suffers and faces the retaliations of Eni since 2001 and to this day! You also know that I've always spoken the truth! I, unlike the six-legged dog, have dozens and dozens of documents that support what I say! So much so that, in 2016, after almost 5 years of research, two of the most respectable Italian journalists launched the first book regarding the company's performance: "Eni: The Parallel State" and included in this investigative work "our" story! This literary work was such a success in Italy that, in just a few months, it became a "best seller".

Do you have any doubts regarding my honest, fair and ethical professional and personal performance when I made a complaint to the company's internal channels about a millionaire scheme of internal fraud and corruption at Eni's Brazilian subsidiary? It's very simple to solve this! Request an "independent audit", with the help of your staff, to conduct an "investigation" about my case!

I hope you are a worthy and honorable man, a professional of integrity and character, and that will do what needs to be done regarding my case! Only in that way, you will show to the market and to the Stakeholders that Eni's Code of Ethics holds "value" for the company and is the "compass" for all Eni's employees, including and, mainly, for you!

If you do the right thing, I have no doubts that your family would be even prouder of you!

Believe it! God has placed in your hands the power for Eni to do "justice" and to achieve my primary goal in this more than 16 years: "to rescue and restore my name, my honor and my reputation unfairly depreciated and denigrated by your company".

A message for the Eni's CEO 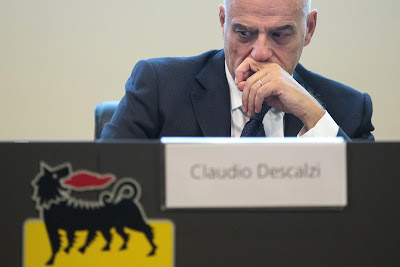 "Don't surrender to dishonesty. Don't indulge in misconduct. Become a slave to Ethics. With integrity we gain a unassailable character as well as making us tread a successful path. When many choose wrong, Ethics whisper: Do the right thing".

by Douglas Linares Flinto
CEO at Brazilian Business Ethics Institute & Eni's Whistleblower
Posted by Eni's Way at 5:39 AM No comments:


Italy's biggest oil firm Eni has been accused of dumping tons of toxic waste off the coast of Sicily for decades, and creating a health crisis in nearby towns.