Why Eni SpA kills the whistleblower? 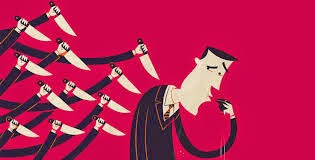 I am the founder and CEO of Brazilian Business Ethics Institute and for twelve long years, I try, relentless and relentlessly, to rescue and restore my name, my honor, my image and my reputation unjustly depreciated.

It all started in mid 2001, when I temporarily assumed the main sales branch Agip Brazil, subsidiary of TOP 17 in the ranking of the largest companies on the planet. There I received allegations of irregularities in the management of the executive whose holidays I was covering, including existed issuance of "cold" tax notes.

In regard to the words, the spirit and the provisions of the company's Code of Ethics, I reported the facts to the board. The market, the Department of Finance and the Public Ministry of Brazil already had knowledge of the case. In the following weeks, few things happened and I ended up fired for a "administrative and organizational restructuring", according to the President of Operations in Brazil.

Basing myself in the Code of Ethics, I called on the Ethics Committee of the company in Brazil anf then the Corporate Governance in Italy. Even though I had no reply, the layoffs continued until the reached the Brazilian high dome. Months after, Petrobras would announce the purchase of all assets of this company in my country and Agip Brazil would definitely return to Italy.

Today I'm sued by this company in Italy which requires an indemnity of US$ 40 million, for libel. In the lawsuit, the company claims that I, when undercover investigations in Brazil, to investigate possible damage to the company, had a "not collaborative" and "reticent" posture which stopped the relation of trust resulting in a layoff.

Now, this global energy industry's giant, transforms the whistleblower in the villain and what is worse, killed the whislteblower in Brazil and tries to do the same in Italy! So emerged the "reason" to fire me through the depths of Eni SpA. Now, it's clear to me why even with a very good curriculum, never would get a employment oppurtunity in a large company in my country.

For you have an idea of how Eni SpA operates, the company is being investigated for "corruption" in several countris where it operates. SEC, in the USA, opened a new investigation procedures as well and, as if not enough, the Public Ministry of Milan investigates Eni SpA's CEO for "international corruption".

Get to know the details from David against the giant Goliath's story this LINK.
Posted by Eni's Way at 8:13 AM No comments:

There are people cheering for us...

There are people cheering for us... Look what we received! 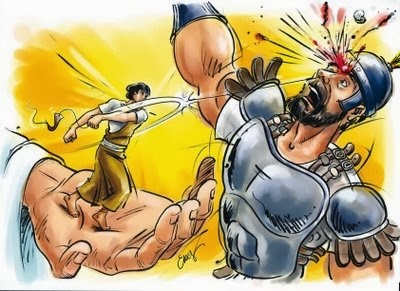