Ask Eni: is Ethics a Value for companies? 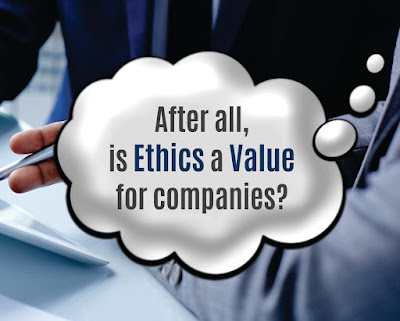 The answer will be “no” if we look at my story. In 2001, after learning about a millionaire scheme of internal fraud and corruption at Agip Brazil – controlled by an oil giant and one of the largest companies in the world, the Italian Eni – and following the guidelines contained in the words and spirit of the Code of Ethics, I denounced it to the internal channels of the company. However, contradicting the “best practices” of "Compliance" and "Corporate Governance", thirty days later I was fired. Today, Eni is suing me for "slander" and "defamation", at the Civil Court of Rome, and is demanding an indemnity of 15 million Euro. The whistleblower was turned into a villain! For this company Ethics is not a Value!!!
The answer will be “no” if we look at the results of the "LavaJato Operation" that, for over three years, has been stripping promiscuity between the public and the private. Every new operation, with each new revelation, it is proven that Ethics is not a Value for many companies which, aiming only for profit, steal precious resources from the Brazilian society that lives a nightmare when it comes to healthy, education and security.
The answer will also be “no” if we take as an example the companies that, year after year, subscribe project at the "Business Ethics Awards" and, at the last minute, they run counter to the rules of the game and cease to participate in this recognition not caring at all if they are putting at risk the credibility and the reputation of the Brazilian Business Ethics Institute. Besides that, they end up botching our traditional initiative, and what is worst, it is as if they are making a rude gesture to the other participating companies. For those companies Ethics is not a Value!
But, fortunately, Ethics is a Value for a significant portion of the companies! And with the new corporate wave of Compliance, many others have been following the virtuous and victorious steps of those that have already noticed that Business Ethics is a path with no return! Now, the corporate values are influencing, including, the values of the human capital of these companies. And it couldn’t be any different! Companies are not living things, it is their collaborators, from the attendant to the president, that give life to the corporations!
Indeed, Brazil lives a unique moment! The page of Gerson’s Law, of impunity and lack of integrity is being turned and a new history is being written in our nation. And you can be sure that the “Ethical Companies” are helping this noble, commendable and exemplary task that will, without a doubt, make our grandchildren live in a country more just, honest, whole and Ethical!
Posted by Eni's Way at 5:39 AM No comments: 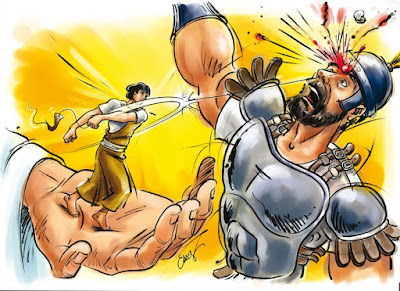 Note: Read the details of my story with more than 50 supporting documents.
Posted by Eni's Way at 5:47 AM No comments:

Eni has its hands tied! 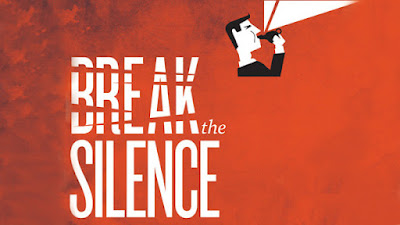 From now on, the Italian oil giant Eni has its hands tied and will no longer be able to kill its whistleblower like it trie to do with me from 2001 to the present day!

The Italian parliamentarians approved the "Protection to the Whistleblower Law"! 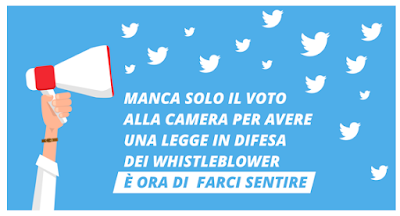 Today is the "D-Day" for whistleblowers from Italy!

Please thank the Italian oil giant for such an atrocity!!! 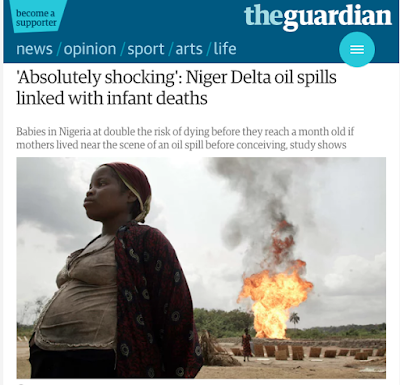 Babies in Nigeria are twice as likely to die in the first month of life if their mothers were living near an oil spill before falling pregnant, researchers have found.

A new study, the first to link environmental pollution with newborn and child mortality rates in the Niger Delta, shows that oil spills occurring within 10km of a mother’s place of residence doubled neonatal mortality rates and impaired the health of her surviving children.

“The results from the study are absolutely shocking,” said Roland Hodler, an economics professor from the University of St Gallen in Switzerland, who led the study. “I didn’t expect to see this effect on pre-conception. Why we don’t find a stronger effect [on the foetus] during the pregnancy is not entirely clear – maybe it is due to the cumulative contamination of crude oil in the water and soil, which increases over time. But that doesn’t explain the entire effect.

“This is a tragedy. Even four to five years prior to conception, an oil spill still matters. I think this should be seen as a first-world problem for something to be done.”

Regular, uncontrolled spills have been a prominent feature of Nigeria’s oil industry – the nation’s primary source of GDP – since crude was discovered there more than 60 years ago. An estimated 240,000 barrels of crude oil are spilled in the Niger Delta every year, polluting waterways, contaminating crops, and releasing toxic chemicals into the air.

A 2011 report by the UN Environment Programme estimated that, after decades of repeated oil spills in Ogoniland, it would take 30 years to reverse damage to public health and the regional ecosystem.

Unborn and newborn infants are most vulnerable to oil-related pollution because they have not yet developed basic defences such as the blood-brain barrier, which helps protect against toxic chemicals, the study found. Even small doses of pollution are likely to be large in comparison to an infant’s body weight, while mothers who ingest poisoned food or contaminated water are also at greater risk of maternal malnutrition and sickness, potentially increasing infant mortality risks, said the researchers.

By pairing georeferenced data from the Nigerian Oil Spill Monitor – which recorded the location of more than 6,600 spills between 2005 and 2015 – with the 2013 national demographic and health survey, Hodler and his colleague Anna Bruederle were able to map oil spill locations in relation to neonatal and child mortality rates among the surrounding populations. The result was an analysis of roughly 5,040 children born to 2,700 mothers in 130 clusters, all within 10km of the closest oil spill.

The data proved that neonatal mortality was higher the closer the oil spill was to the mother’s location, and that any oil spills prior to conception increased the incidence of low weight-for-height, notably in the first year of life.

The Nigerian government did not respond to multiple requests for comment.

Activists have called the findings “disturbing and disheartening”.

“It is shocking to consider how many children may have died in the past 50 years – since oil exploration started in Nigeria’s Niger Delta – as a direct result of regular and uncontrolled oil spills,” said Debbie Ariyo of Africans Unite Against Child Abuse, a charity that supports the rights and welfare of African children.

“The ongoing environmental damage means that more children are exposed to harmful chemicals in polluted drinking water, air and food produce. Simply put, as long as the oil spills continue unabated and clean up of the region is delayed, then unfortunately more children will be harmfully impacted.”

Additional reporting by Emmanuel Akinwotu
Posted by Eni's Way at 3:58 AM No comments:

And now Eni? Protection to the Whistleblower Law! 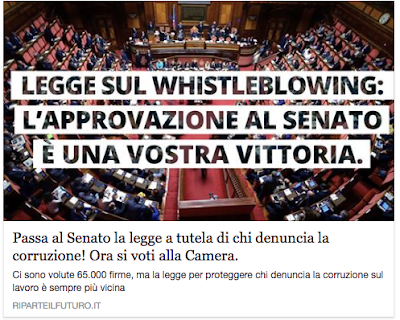 And now Eni? After approving the "Protection to the Whistleblower Law" by the Chamber of Deputies of Italy, the Italian oil giant can't kill anymore its whistleblowers like it tries to do with me!