The whistleblower fight is inglorious! 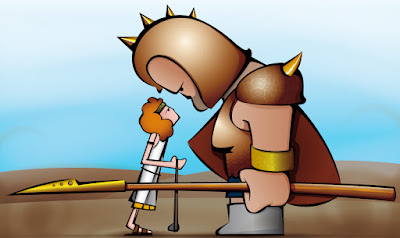 Subject: What is the "model" of Corporate Governance used by Eni?

Even though Eni requested a "proposal for amicable settlement" through the company's lawyer, a proposal request which was confirmed by the Italian Ambassador in Brazil, Eni is silent and didn't answer the questions of its critical shareholder, Mr. Mauro Meggiolaro (see attached file). The Italian oil giant only repeated its same "speech", which was first given when the company didn't answer the questions about the "Flinto Case" at AGM 2020 (see attached file).

Observe that the "proposal for amicable settlement" proves all of my allegations in these past 20 long years! (see attached file). In fact, there were many mistakes practiced against me both by Eni and its Brazilian subsidiary, mistakes which didn't line up with the principles and values of the company's Code of Ethics.

Eni's unjustifiable attitude by not answering a proposal of agreement requested by the company itself, as well as not answering the questions made by its critical shareholder, seems to me that the company is retaliating against me once again!

Some of the questions won't stay silent: What is the purpose of Eni's Code of Ethics? How are the Stakeholders' complaints investigated? What is the "model" of Corporate Governance used by the Italian oil state giant? Why doesn't the Board of Eni fulfill one of its main roles: to be a "Guardian of Ethics" within and outside the company's walls?

Finally, I also take this opportunity to get something off my chest: “Finally, the CEO's professional reputation was restored, as well as Eni and its role of a great company". This was the quote of Mr. Claudio Descalzi's lawyer after the sentence of the Court of Milan. Observe that the situation lived by Mr. Descalzi – where his reputation was being questioned by the prosecutors who were investigating the OPL 245 Case – brought him, without a shadow of a doubt, pain and suffering. And this is exactly the situation that I've been living in for almost two decades! I only fulfilled the words and spirit of ENI's Code of Ethics and, to this day, the company still sees me as the villain of the story. Three different Chairmen and three different CEOs were contacted by me in these long 20 years without ever having received an answer. Now, in November/2020, Eni requests a "proposal of amicable agreement" through the company's lawyer, a proposal which was confirmed by the Italian Ambassador in Brazil. This gave me a lot of expectation that the company had, finally, analyzed my case and confirmed its mistakes. However, Eni is silent! The company didn't say "yes", nor did it make a counterproposal, as determined by the best practices of the relations between Stakeholders. Just like at AGM 2020, the company didn't answer my questions. I confess that, with the new Board, and with a president who is a lawyer and a University professor, I had hopes of putting an end to my story with the Italian oil company. However, it seems this is not what the company wants!.

I hope you can help me in this case.

ENI’s Board of Directors is the highest authority in the company and composed by the representatives of the shareholders. Thus, the members of the Board dictate to the executives the guidelines of conducting business. Besides, they are the personification of “Corporate Governance” and, as if that wasn’t enough, they must fulfill the role of “Guardian of Ethics”, holding in their right hand ENI’s Code of Ethics!

However, the Board of ENI is not fulfilling its mission regarding the story lived with me in almost two decades.

Please check the text below and the attached files of this message.

I hope your institution can act regarding all this and serve as an example for this Committee.

Ambassador of Italy in Brazil

On November 9th, 2020, Mr. Ettore Sequi, an Italian diplomat who works as Chief of Staff of the Italian Foreign Minister, orientated me to look for the new ambassador of Italy in Brazil, Mr. Francesco Azzarello. On the following day, Mr. Carlo Jacobucci, the counselor of the Embassy, informed me that, as soon as the ambassador received pieces of information about “Flinto Case” from the Italian oil giant, ENI, our conversation would be scheduled.

On November 26th, 2020, when Mr. Azzarello politely, cordially, and kindly picked up the phone, he informed me that ENI was waiting for an "proposal for amicable settlement" so we could try to put an end to our story that, in August 2021, will complete 20 long years.

On December 18th, 2020, ENI received the agreement proposal it had requested (see attached file). However, it's been over 135 days, and I still haven't received any answer. ENI hasn't said “yes” nor has it made a “counterproposal”, something common in the good practices of trade or judicial relations. Despite of this attitude, on April 19th, 2020, I sent a new email to Eni's Board (see attached file). Unsuccessfully again! I confess that I am very concerned about this unjustifiable situation!

Because of Eni’s attitude, Mr. Mauro Meggiolaro, a journalist and ENI's critical shareholder (representing Fondazione Finanza Etica – Banca Etica), will take my case for the fourth time to ENI's Shareholder Meeting (AGM 2021), which will take place in Rome on May 12th, 2021. Besides that, yesterday, Mr. Meggiolaro sent questions to ENI (see attached file) so that the Board can answer them on May 9th, 2021, as determined by the Italian laws regarding companies with shares in the stock exchange.

For all those reasons, the purpose of this email is to request Itamaraty to help a Brazilian citizen who's being punished, systematically and unfairly, by Italy's largest company. ENI is responsible for not only denigrating my name, my honor, and my reputation all these years but also for destroying my professional career and taking from my hands the possibility of living nicely off a retirement paid by the government of my country.

I would like you, as Chief of Brazil's Diplomacy, to contact Italy's Prime Minister – who is the main representative of ENI's largest shareholder: the Italian government – so the Board of the company can be requested to, after almost two decades, finally, analyze my case based in the principles and values of ENI's Code of Ethics and the assumptions of the Ethics & Compliance Programs used by transnational corporations all over the world.

I wait for your contact with great expectations and hope.