Why Eni is not saying the truth on DJSI? 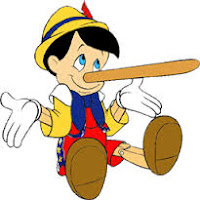 Two weeks ago, the Italian oil giant Eni has been removed from the Dow Jones Sustainability Index (DJSI), the most important equity ethical index in the world. We have reported the news on Valori a couple of days ago. On the Italian website Eticanews, Eni has specified that the company «hasn’t been removed from the index. Eni has intentionally decided not to be part of DJSI because it has chosen to actively participate in the indexes that are currently better representing the reality and problems of the oil & gas sector, such as FTSE4Good or CDP».

Can a company choose not to be part of an ethical index? We have asked this question directly to RobecoSAM, the Swiss company that develops and updates the Dow Jones Sustainability Index. «Eni has been deleted during the normal and annual review (every year in September) because its score wasn’t good enough for staying in the index», François Vetri, Head of Corporate Communications of RobecoSAM, has answered. «Companies can not choose to be out of the DJSI. Of course, they can choose not to participate in our Corporate Sustainability Assessment (i.e. not answering to RobecoSAM’s questionnaire, our note), however, in this case RobecoSAM analyses (and rates) the company based on publicly available information».

This means that Eni’s statement is not true. The company has been deleted from the Dow Jones Sustainability Index because – according to RobecoSAM’s environmental and social criteria – it isn’t among the best companies in its sector any more. The specific reasons for Eni’s removal aren’t publicly available. «Detailed results of our assessments are shared with companies only», adds Vetri. In the meanwhile, Eni prefers to hide its head in the sand. At least for now.