Letter from the CEO of Eni ... Time will tell! 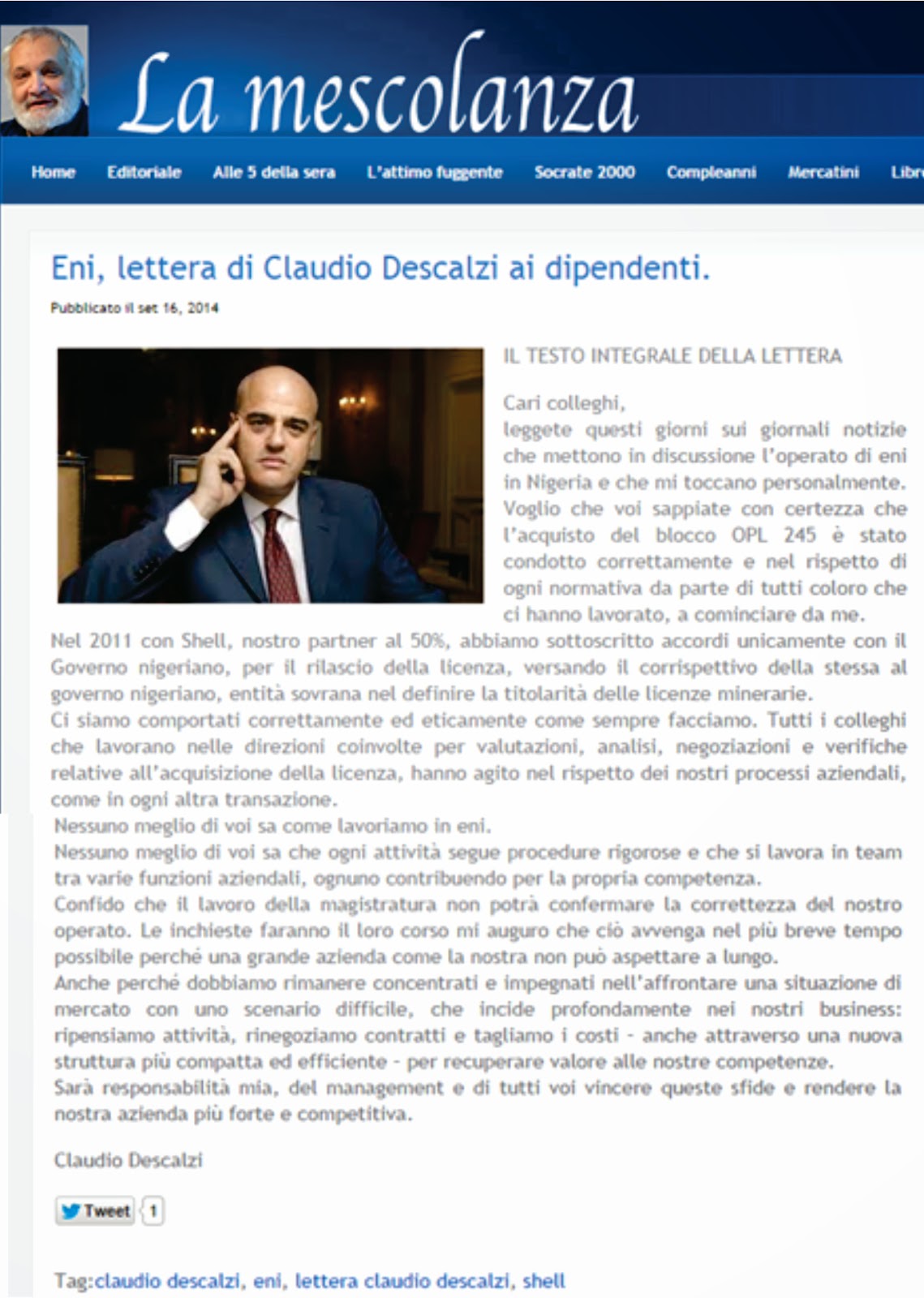 Last week, the Public Ministry (PM) put the new CEO of the largest Italian company holding hands with his predecessor. The reason? The supposed bribe payments in Nigeria that may characterize the crime of "international corruption", something abominable by the SEC in the USA.

The PM also investigates whether these managers of Eni have pocketed part of the big money, featuring fraud, unjust enrichment and noncompliance to standards of conduct described in the company's Code of Ethics.

This unfortunate situation has placed (once again) in doubt the conduct of the executives of Eni and evidenced the inertia of the Board of the company that appears to have a total lack of independence of the Major Shareholder: the government of Italy. 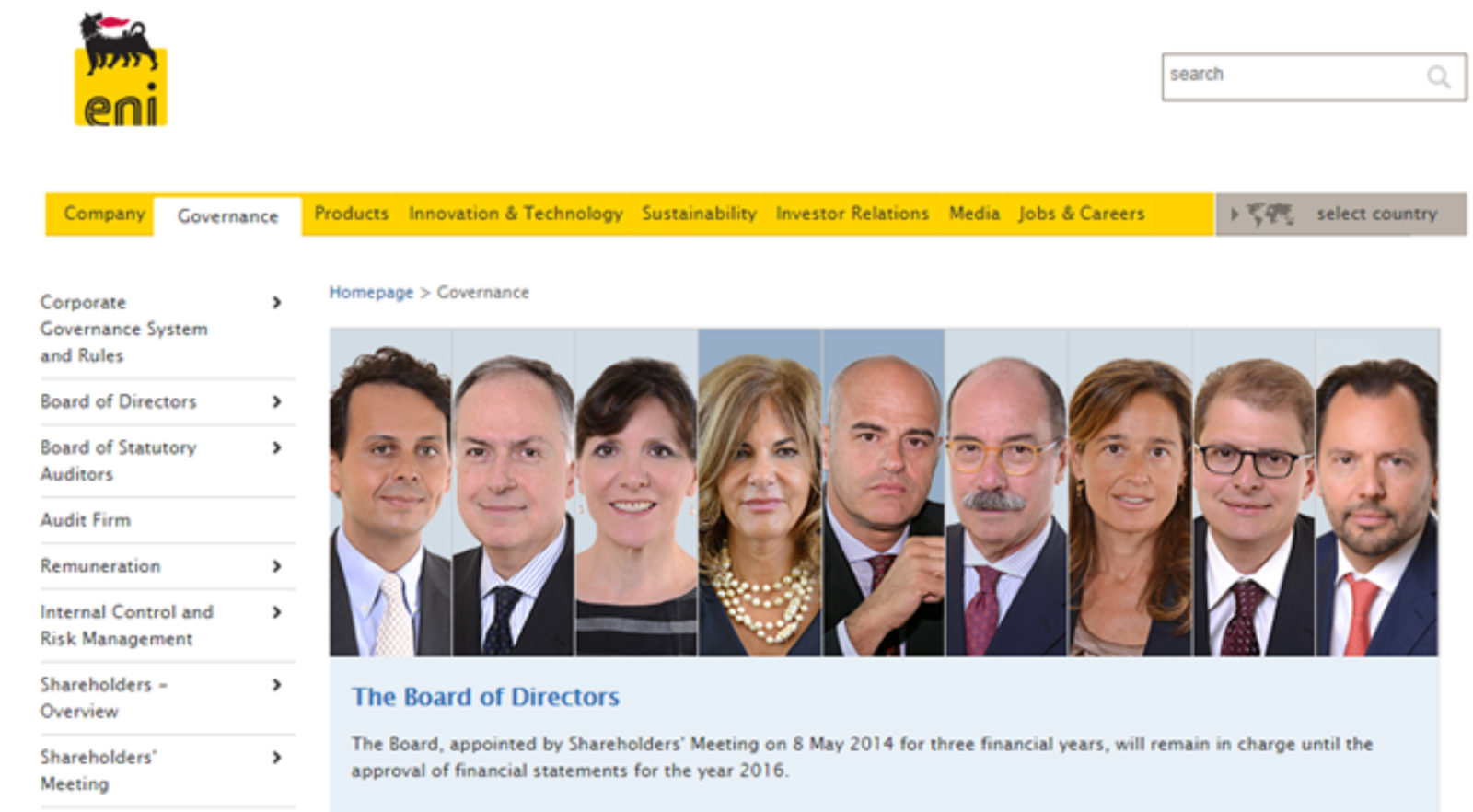 To defend himself from the accusations and prevent further damage to his reputation, Claudio Descalzi wrote a letter to all his subordinates scattered to the four corners of the planet. This letter was published in the Italian site "La Mescolanza" on October 16.

The most striking things in this letter from the CEO of Eni are two phrases:

. We operate correctly and ethically as we always do

. No one knows how we operate at Eni better than you

But if these affirmations were true, the stories of former employees would be very different! Douglas Flinto and Gianni Franzoni wouldn’t have their lives destroyed by Eni after being unfairly dismissed in retaliation for having reported, to the internal channels of the company, unethical acts of Eni’s managers.

The investigations in Italy and London will continue and time will tell whether the acts of the executives of Eni were based on honesty, integrity of conduct and in the words and spirit of the Eni’s Code of Ethics. Otherwise, they may cause a fatal indigestion in the six-legged dog!