Involving the President of Italy in my case 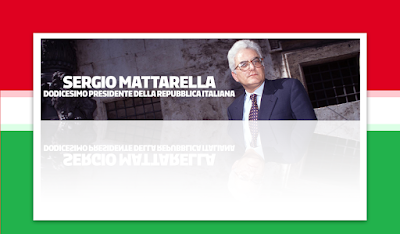 If the Board of Eni respected the "Best Practices" of the Corporate Governance - reflected on values as honesty, integrity and transparency - and honored the words and spirit of the Code of Ethics of the company, the Chairman, the CEO and the other directors would be the first ones to emerge the "real truth" about the 15 years story fight of a whistleblower that was fired - in retaliation - after reporting a millionaire scheme of fraud and corruption in the Brazilian subsidiary of the Italian giant Eni.
As three generations of the Board of Eni pretended nothing happened - they spread a "lying version" of facts and keep in the Italian Court a "frivolous lawsuit", demanding an indemnity of US$ 30 million - this whistleblower sent a letter - through the Brazilian Embassy in Rome - to the Chief of State of Italy, the President Sergio Mattarella, so he demands from Eni an "Independent Investigative Auditing" about this case. And this is because the Italian government is the major shareholder of Eni.
Know more:
1) Letter to the President of Italy
2) Eni's Whistleblower: 15 years in 15 paragraphs!
3) A victory to all the Whistleblowers!

Member of the Board of Eni is under investigation 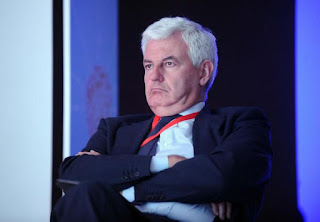 Alexandro Profumo, member of the Board of the Italian giant Eni, is under investigation for alleged false accounting and market manipulation during the time in which he was a Chairman of the Monte do Paschi di Siena Bank, in Italy.

And now Board of Eni?

See more in this LINK.

Open Letter to the CEO of Enel 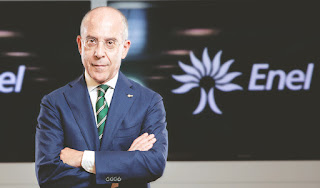 OPEN LETTER TO THE CEO OF ENEL - Mr. Francesco Starace.


The Italian market points you as the successor of ClaudioDescalzi to be in charge of the giant oil company. If this really happens, you will need to know my 15 years story fight against Eni to rescue and restore my name, my honor and my reputation unfairly depreciated.

The Board of Eni will tell you the "lying version" that turns the whistleblower into the villain of this corporate story.
Access Eni's Whistleblower: 15 years in 15 paragraphs and get to know.

In 2010, Eni decided to file a civil lawsuit in the Court of Rome against me and the Brazilian Business Ethics Institute - an institution I founded in 2003 to promote Ethics in the business and student world - demanding an indemnity of 30 million Euros for damage caused by my libel or slander.

In march, 2016 my story against the Italian giant Eni was published in an investigative book written by two Italian journalists (Andrea Greco and Giuseppe Oddo). This book is called The Parallel State: The first investigation on the Eni.

In celebration of the 15th anniversary of my fight story against Eni, completed in August 2016, I created a petition at Change to request the Board of the company the compliance of their own Code of Ethics regarding my case.

Now IIA Global will receive a complaint about the "non compliance” practiced by the members of the Internal Auditing Department of the Italian giant Eni, including the Senior Executive Vice-President of Internal Audit (and member of the executive committee of the IIA Italy), Mr. Marco Petracchini, because when an internal auditor does't fulfill the International Standards for the Professional Practice of Internal Auditing (Standards) of the IIA Global nor its the IIA's Code of Ethics and presents a "lying version" of the results of an internal auditing in a "Frivolous Lawsuit" and also to the global market through the media. This professional may be terminated by IIA Global's Ethics Committee being subject to sanctions and appropriate punishments. This report will be based on the letter requires the Board of Eni to carry out an "Independent Investigative Audit" on my case, sent to the President of Italy (by the Ambassador of Brazil in Rome) and the Prime Minister (by the Senator Italo-Brazilian Fausto Longo).