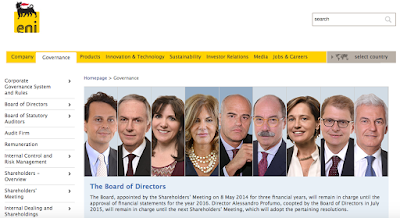 Every year the “whistleblower” gains more importance in the context of corporate reputation and business continuity. The expression no longer brings something pejorative and the complaint is no longer labeled as a “stool pigeon”. Now the whistleblower has a more noble, laudable and exemplary function: to preserve the name, image, reputation and patrimony of the companies! On the other hand, all of the Stakeholders should pay more attention on the retaliations against those who were motivated by the companies, encouraged and protected by the Code of Ethics to present some kind of concern or even complaint.

Paradoxically, it must not be allowed to the companies to kill their own whistleblower! It is not today that the companies kill the whistleblowers. The most famous cases – which including have been a cover of the renowned US magazine "Time" in the special issue "Persons of the Year" - are the WorldCom (Ms. Cynthia Cooper), FBI (Ms. Coleen Rowley) and Enron (Ms. Sherron Watkins).

This was the case of Douglas Linares Flinto, founder and CEO of the Brazilian Business Ethics Institute.

So I decided to write to the Board of Eni and to the company's main shareholders, including to the main one, the Italian Government. The PwC, which at that time was the auditing firm hired by Eni, also received a copy of the new corresponding item. It's the Board of Directors the highest authority inside and outside the company walls, the embodiment of the "Corporate Governance" and the "Big Boss" of all the executives, including the CEO. Besides, the Board is responsible for ensuring the Code of Ethics. Above all, it is the "Guardian of Ethics"!

In this action, oddly enough, Eni states that all the facts alleged by me are untrue and that, in fact, the company made an undercover investigation in Brazil to ascertain any damage. And I, for not collaborating, ceased the trusting relationship, resulting in my resignation.

Fortunately, in late 2014, the judge ruled Eni's lawsuit as "groundless". The company didn't accept my proposal agreement, but preferred to appeal to the sentence.

Now my 15 years story against the Italian giant Eni was published in an investigative book written by two Italian journalists (Andrea Greco and Giuseppe Oddo). This book is called The Parallel State: The first investigation on the Eni.

Please. Sign the petition in this LINK. Thank your so much!

When a company is a "Parallel State" 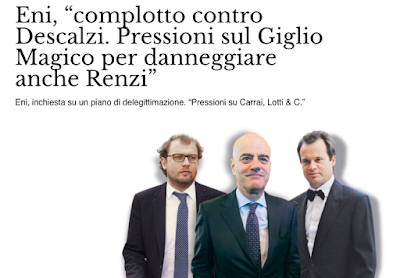 Politicians conspired to overthrow the CEO of the largest Italian company (Eni) to reach the Prime Minister of Italy and they don't care about the shareholders.

On March 17th of 2016, Andrea Greco, an economics journalist for the Italian journal "La Repubblica" (The Republic), in a partnership with Giuseppe Oddo, launched the book "The Parallel State: The first investigation on Eni". This book, in a short time, is a "Best Seller" in Italy! Including, the summary of my fight story against Eni, of nearly 15 long years, is part of this investigative book. And this is a big victory for me and for all whistleblowers arond the world!

In Brazil, the state oil company Petrobras is just like this!

See the report here (Italian language)
Posted by Eni's Way at 8:03 AM No comments:

Eni: You won't silence me!

Last week, the Italian giant Eni managed to make my LinkedIn account restricted and withdrawal of the largest professional social network in the world. This is Eni's Way... Eni is a Coward Company!

The six-legged dog tries to intimidate and silence a whistleblower who had the courage to face and fight unethical companies that kill (and bury) their whistleblowers, contradicting the words and spirit of their own Code of Ethics.

Eni, you may chill... You will never silence me!

Note: Get to know my 14 years fight story against Eni. My story is in an investigative book that is a “best seller” in Italy 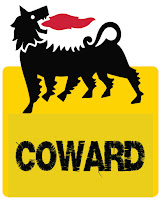 Eni and the Marketing of Ethics 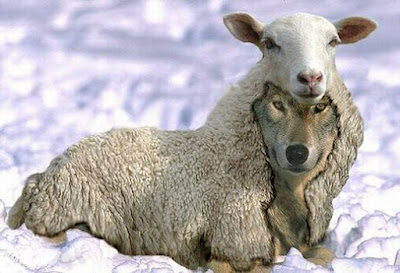 Social Responsibility, Corporate Governance and Code of Ethics are subjects that are becoming increasingly common in corporate environments. But they are only becoming common on the speech of the companies. There is a “black box” called “corporate corruption” over which we have little information. The press and public opinion show a lot of interest when the subject is corruption in the public sphere. The same dedication doesn’t exist in the case of private relations. Thus, a company can build a “responsibility marketing” keeping under the carpet its transgressions.
This can turn very important themes into “marketers slogans”. That’s what happened in my case, involving the Italian giant Eni who fired me after I fulfilled its code of Ethics. It has continued to be positive the company firing people involved in the facts that I gathered and reported. But one question still remains: how far reached the branches of the corruption scheme that I helped to identify and annihilate here in Brazil? Do they metastasize in the company’s headquarters in Italy? Evidently yes!
Here is a very difficult question to be faced today in the corporate world: what to do when the internal channels of the company punish with dismissal professionals who report deviations of conduct and nonconformities with the words and spirit of the code of Ethics? Maybe the path is to resort to the courts seeking redress and indemnities, and also to harness the power and strength of social medias, including LinkedIn.
Please note this is not just a personal matter. By bringing this issue to the courts and to social medias, as well as fighting for my rights, I publicly exposed what the six-legged dog was trying to hide when it fired me. Sooner or later, the company will eventually be publicly identified as a “marketer of Ethics”. This kind of action is important to set an example and help to show that Ethics can’t be restricted to corporate speeches or to the companies’ websites.
But the impact of becoming a whistleblower had consequences both in my professional and personal life. The fight is quite idealistic, because the black box of corporate corruption turned me into a vetoed professional in the market and a man who lost financial retirement benefits paid by the government of my country. This is the risk!
Unfortunately, my case didn’t happen in one of the thousands of companies that act in a responsible way, but it happened in one of the most corrupted companies of the planet that is currently being investigated by prosecutors from England, Italy and Nigeria. To make matters worse, both the current and the former global CEOs are also being investigated due to an “international corruption” for having made bribery payments and keeping part of this illegal money in their own pockets.
But it is important to note that, if cases like mine are taken to the courts and to social medias, it is possible that honesty, integrity and transparency also reach quickly all companies…. For better or for worse!
Doing the right thing has a high price to pay, but I have no doubt that Ethics is always worth it!
Posted by Eni's Way at 6:37 PM No comments: