The 3 versions of Eni 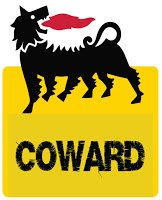 Eni told “three different versions” about my dismissal. Each one more damaging and harmful than the other. In the first version, the company denies the “retaliation" after my complaint. In the second version, I did not colaborated with the confidential investigations. And in the third version, I am a “thief” and “opportunistic”.

“I received your email of February 1st 2002 and we appreciate your congratulations and observations about the changes we promoted at the Cuiabá Regional. We find strange, however, your collocations that your dismissal from the company had occurred due to a “breach of trust”. That does not correspond to the reality of the facts. Your dismissal resulted from the administrative and organizational restructuring of the Cuiabá Regional. Being so that your contract was rescinded normally, with no just cause, having Agip even spontaneously maintained benefits after your dismissal, as, for instance, medical assistance extended to you and your dependents. We find unnecessary your references to Eni’s Code of Ethics, given that such have always been and always will be the master line of all of our actions”.

“To make it easier the understanding of the eminent magistrate, I anticipate that, given the communication from Douglas Flinto, without having provided any documentary evidence to justify what was said, proposes an instrumental (functional) reconstruction of the causes that led to his dismissal, in 2001, from Agip Brazil and uses the Code of Ethics for the sole purpose of, repeatedly, defaming and openly discrediting the company. We also point out that from the insights made by Eni, it doesn’t appear that any retaliation was committed, nor a violation of the Law and, much less, the principles of Eni’s Code of Ethics, at the expense of the employee on the part of the former subsidiary Agip Brazil and, especially, on the part of Eni. On the other hand, it is important to emphasize that Douglas Flinto’s dismissal had full justification in his reticent and not collaborative conduct taken by the employee during the company’s undercover investigations that aimed to reveal potential harmful acts to the company itself, ceasing the trusting relationship”

“The former employee was fired together with other actors of unlawful behavior, by reticence, for having violated the obligation of confidentiality and by trying to use instrumentally the Eni's Code of Ethics to gain personal advantages of the company"

It is evident that Eni, in all these years, doesn’t assume the truth of the facts: that I am a whistleblower; that I fulfilled the Code of Ethics; that I reported a millionaire scheme of fraud and corruption in Brazil and was fired in retaliation. On the other hand, Eni committed a mistake in my case, and it is still committing mistakes and not assuming them, preferring to denigrate even more my name, my honor and my reputation.

Note 2 - My objective: "I hope my story can be served as an example, motivation and inspiration to other whistleblowers who are being silenced and their careers and reputations buried around the world by companies that dont’t respect their codes of ethics, by employees and executives who steal corporate coffers and the board that pretends nothing happens".

Note 3 - I have evidence. Eni has not!: Details of my story with more than 50 supporting documents. These documents "prove" everything I've said in all this 16 years!

A whistleblower at 2017 Eni's Shareholders' Meeting 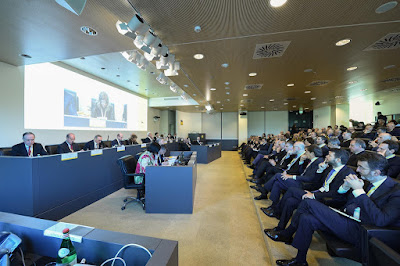 I’m a whistleblower of the Italian oil giant! My fight story against Eni will turn 16 years in the month of August 2017. My story was published in the book "Eni: The Parallel State” by journalists Andrea Greco and Giuseppe Oddo. Mr. Greco says that: “the authors decided to include your story because, after reading most of the documents you sent and talked with their sources, they convinced themselves that the story had roots, and that was right and interesting to include it in the context of 'Stato Parallelo'”.

I wrote 10 questions but, the Board of Eni did not answer each of my questions. The company preferred to answer all my questions in a long text, and so, Eni invented "new deceitful versions" about my story (Questions and answers before the Shareholders’ Meeting 2017 - Italian version - English translation forthcoming).

An example of Eni's lies about my case is that, in the only answer to my ten questions, Eni says at 2017 Eni’s Shareholder Meeting:

"Contrary on what was said Mr. Flinto, of Eni's in-depth analysis, following the communications received from Mr. Flinto in 2002, as well as represented by the Statutory Auditors in the Report of the Shareholder's Meeting informed in Eni's 2002 Balance Sheer, 'the former employee was dismissed, along with other actors of wrongful acts, for reticence, breach of confidentiality duty and the attempt to instrumentally use the Code of Ethics of Eni to take personal advantage of the company”.

I searched the internet and I found on Eni's website Eni 2002 Consolidated Results. This is the LINK to the "FULL" document (March 2003).

Eni continues to lie and to hide the truth! This type of attitude is part of the character of the company! Just look at the OPL 245 Case in Nigeria! Shell has already admitted illegal and unethical acts in the acquisition of OPL 245 and Eni’s Board of Directors continues to deny the irregularities.

I make Malala Yousafzai’s words my own: “I tell my story not because it is unique but because it is not” and I hope my story can be served as an example, motivation and inspiration to other whistleblowers who are being silenced and their careers and reputations buried around the world by companies that dont’t respect their codes of ethics, by employees and executives who steal corporate coffers and the board that pretends nothing happens.

Note: I am sending you the details of my story with more than 50 supporting documents. These documents "prove" everything I've said in all this 16 years!

We know what you did in Nigeria 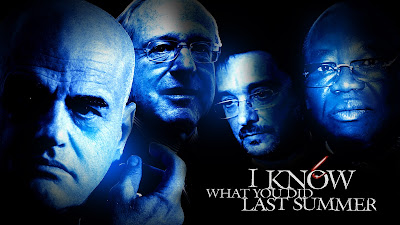 The Italian Justice must accept the complaint from the Public Ministry against the Italian oil giant Eni and its executives, including the current CEO and his predecessor.

They must all become "defendants" in a criminal lawsuit for "international corruption" for a billionaire bribe payment in the OPL 245 Case in Nigeria.

Until when will the Board of Eni continue with the "deceitful version" of this case? 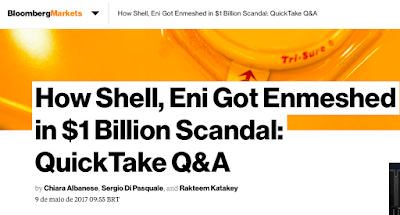 Get to know the history of the biggest corruption case in the corporate world involving Eni and Shell.

Nigeria: After the bribes, now are environmental crimes! 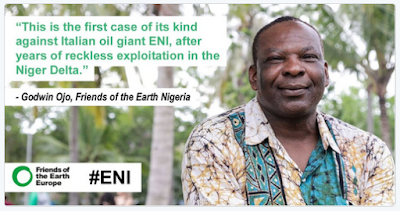 The Ikebiri community, from Bayelsa state, Nigeria, have launched an unprecedented legal case against the Italian oil giant Eni today seeking clean-up of, and compensation for damages from, an oil spill which has affected their community in the Niger Delta.

Supported by Friends of the Earth Europe and Environmental Rights Action/Friends of the Earth Nigeria, the Ikebiri community are calling for adequate compensation and clean-up of an oil spill dating back to 2010, which has yet to be addressed. The Italian oil giant ENI, which operates in Nigeria through its subsidiary Nigerian Agip Oil Company (NAOC), is responsible for the spill, caused by equipment failure.

Note: Read more in this LINK.