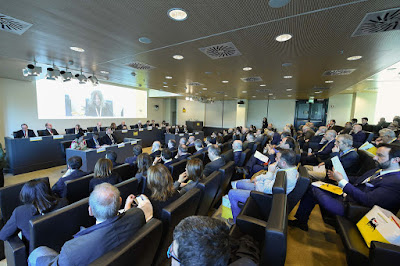 At the AGM 2018, the journalist Mr. Mauro Meggiolaro, using his rights as a critical shareholder of Eni, used the pulpit of the Shareholders' Meeting to talk about my case.
"We have been contacted again by Douglas Linares Pinto, a former manager of the Eni group in Brazil. Since we know that there are legal problems under way with Eni – a couple of years ago we asked a number of questions at the Shareholders’ Meeting on his behalf, with a view to acting as mediators between Douglas Linares Pinto and the Company to try and settle this conflict. I suggest that we organize a meeting with you: we would like to try to solve the issue, if you agree to have a meeting (he wanted to be here but could not come). If we can meet and overcome the emotional side of the affair, which is sometimes a bit strong, and we can instead talk about concrete facts, we would be happy to do so"
When will the Italian oil giant schedule the meeting suggested by one of its shareholders? Will Eni wait for the change of command in the company that will be made by the new Italian government or not?
See more about AGM 2018
Posted by Eni's Way at 6:11 AM